The 40 Korean civil society organizations gathered here today in solidarity with the Rohingyato commemorate the victims of the genocide in 2017 and urge the international community to take actions for the protection of victim survivors and the accountability for genocide.

Two years ago from today, the Myanmar government committed genocidal killings of the Rohingya. Security forces sieged villages and opened indiscriminate gunshots at people. They searched every house and shot and tortured civilians. They beat up sons to death in front of the family. They killed those younger than a year old by throwing into a river or by plunging to the ground. A survey attests that more than 20,000 people were killed from the genocide. Survivors testified that women were raped and killed by the soldiers. Many do not know whereabouts of their family members who were illegally arrested. Food and livelihood of survivors were looted. Rohingya’s homes were burned to ashes. The security forces told the Rohingya, "Leave. This is not your country." 800,000 people crossed the border to Bangladesh as a result, fleeing from the genocidal attack on nearly 400 villages in the northern Rakhine State, Myanmar.

We are infuriated at the Myanmar government's continuous denial of the horrific crimes that it committed. It turned out that the so-called clearance operation was nothing but a pretext. The truth is that the operation targeted civilians from the beginning. Aung San Suu Kyi said once, “I do not know why so many fled to Bangladesh.” The Myanmar government accused survivors of testifying falsehood for the international aid. The commander-in-chief admitted that they were completing “unfinished business.”

We are deeply concerned that the Rohingya survivors are in dire condition in the camps. 400,000 children are deprived of opportunities of formal education. There cannot be a future for the Rohingya community without nurturing the children. Human trafficking is another gross violation of human rights that has taken place in the camps. Many young people chasing chances of economic earning are being trafficked by brokers. Women are no exceptions to this. Professional support has lacked to a serious level of trauma on a daily basis. Furthermore, no enough chance was given to Rohingya people to rebuild their community.

We also regret that the international community including the UN have not handled Rohingya crisis properly. The UN failed to prevent genocide from happening. The UN Security Council failed to refer the case to the International Criminal Court. It is equally challenging to expect any sudden changes of the attitude from the civil society organizations of Myanmar on this crisis. The Myanmar government has restricted access to the villages in Rakhine state and the military, which hampers a truth-seeking process.

Promising continuous activities in solidarity with the Rohingya community, the Korean Civil Society urge the international community to undertake more direct measures for the protection of the human rights of the Rohingya survivors as follows.

First, we call the Myanmar government to fully cooperate with the UN in order to guarantee a thorough, independent, and transparent truth-seeking process.

Second, we call the Myanmar government to restore citizenship of the Rohingya and ensure a safe, sustainable, voluntary and dignified return to their homeland.

Third, we call the UN Security Council to refer those responsible for the Rohingya genocide including the commander-in-chief to the International Criminal Court.

Fourth, we call the international community to refer the Myanmar government to the International Court of Justice for genocide.

Fifth, we call the Bangladeshi government to allow formal education for the Rohingya children and to take appropriate actions to tackle human trafficking in the camps.

Sixth, we call the international community including the Korean government to strive to end the still ongoing genocide of the Rohingya and boycott Myanmar government.

The Korean civil society hereby promises that we will act as a watchdog not to allow the Official Development Assistance to blindly trample human rights of the Rohingya. Again, we take a vow to be continuously in solidarity with Rohingya survivors.

The Korean Civil Society in Solidarity with the Rohingya:

Minbyun-Lawyers for a Democratic Society

Sisters of Charity of Seton Hill

Society of the Sacred Heart

The Buddhist Solidarity For Justice and Peace

The Lay Buddhist Association for Righteousness 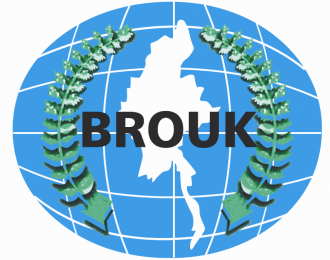 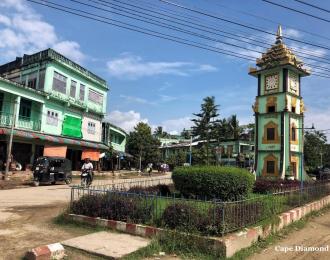